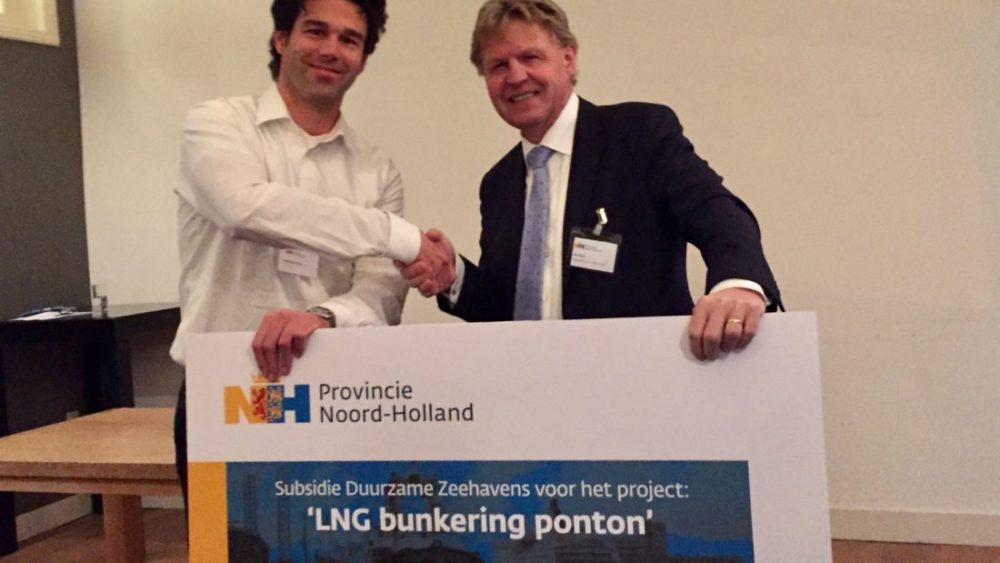 Amsterdam, 27th of January 2017 – Titan LNG has been given the award and a subsidy of €500.000 by the Province of North-Holland to support the construction of its LNG bunkering pontoon:  the Titan LNG Flex-Fueler. The Flex-Fueler project was selected under the Province’s ‘Clean Harbour Programme’ and was selected for the impact Titan LNG will have in reducing harmful emissions from large, highly polluting, ships operating in the region.