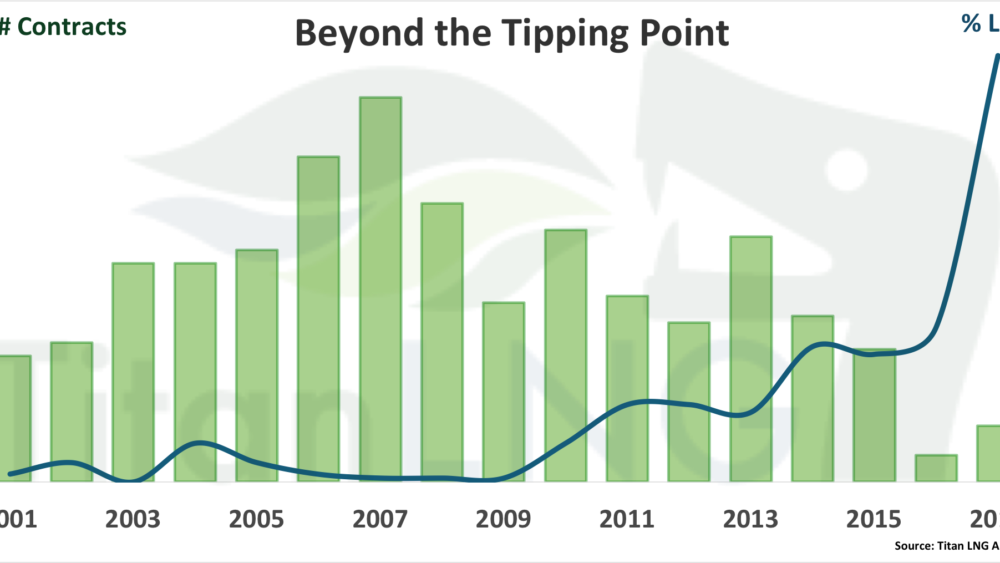 Adoption of LNG as Marine Fuel Significantly Accelerated in 2017

The team of Titan LNG is very much looking forward to 2018 as in the past year the stage has been set for a push in the adoption of LNG as a marine fuel beyond the tipping point. The order book for LNG-powered ships grew substantially, the LNG bunkering infrastructure is maturing and the pricing of LNG has become structurally competitive versus MGO. In 2017 around 11% of all new build contracts were LNG powered ships, a trend that we expect to continue during 2018.

LNG Beyond the Tipping Point